We're in the process of moving this section to our new website. Check out the new SFU Beedie website →
Beedie School of Business > Ideas@Beedie > SFU Beedie alumnus takes healthy eating to the great outdoors 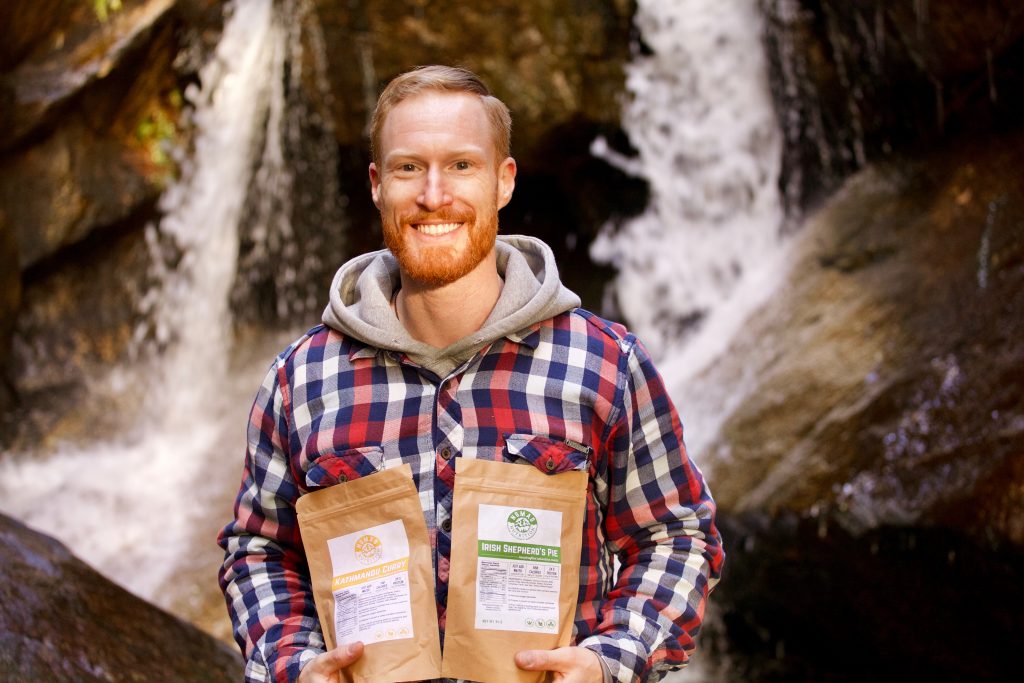 From tree planting in remote areas of BC to pitching his start-up business on CBC’s Dragons’ Den—via the European Union and a stint in corporate banking—Denis Mikhailov’s career path has been anything but orthodox.

Mikhailov, a graduate of SFU Beedie’s Full Time MBA program, is the Founder and CEO of Nomad Nutrition Ltd, a venture that creates healthy dehydrated meals aimed at outdoor enthusiasts. A keen climber and adventurer who would take week-long excursions into BC’s backcountry, Mikhailov was inspired to create the business while on a hiking trip. He found himself unsatisfied by the ingredients and quality of the dehydrated meals he would take on these trips, which left him feeling sluggish and unhealthy.

“I realized that there was a gap in the market for healthy, whole-food made dehydrated meals that don’t have any preservatives or chemicals, that are not laden with salts, and are geared towards the organic and vegan communities,” he says. “No connection to Moses, but I came off the mountain and had the idea for Nomad Nutrition and I haven’t stopped ever since.”

Founded in 2017, the business is already building a loyal following in North America. The product is sold in over 65 different retail locations 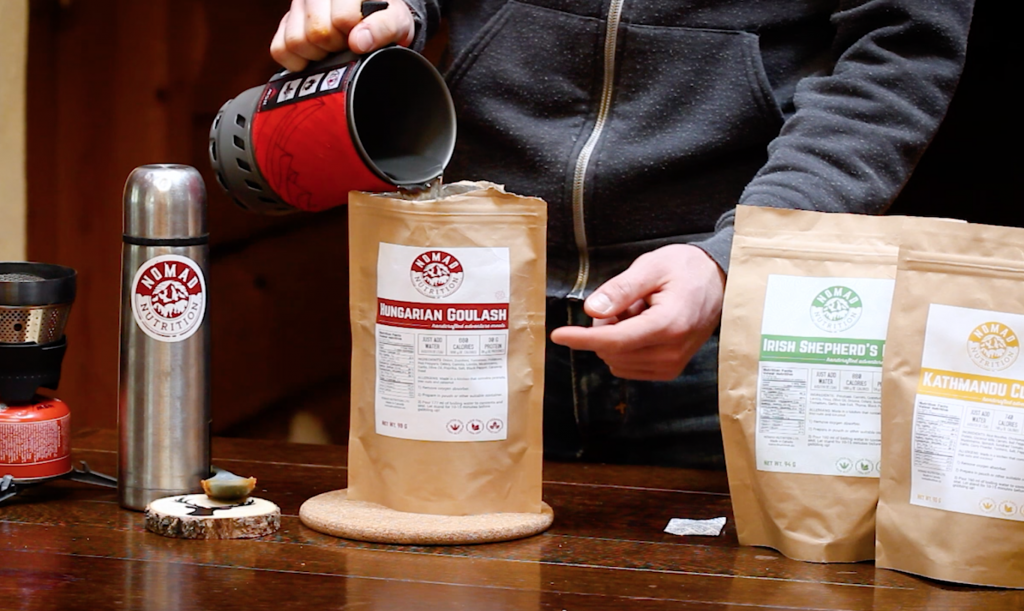 across Canada and the USA including outdoor retailers MEC, Atmosphere and Valhalla Pure Outfitters, as well as online through Amazon and the company’s own website. It received another major boost in November, 2019, when Mikhailov and his business partner Polina Slepukhina appeared on CBC’s primetime TV show Dragon’s Den, which showcases entrepreneurs and their ventures.

The founders’ pitch impressed the judges and they received investment offers from three of the six established entrepreneurs, one of which they accepted: $100,000 investment for a 12% stake, valuing the business at more than $830,000. Mikhailov says they have already seen an uptick in sales and enquiries following the show’s broadcast in November.

Discussing his business, Mikhailov has the infectious energy and enthusiasm of a natural entrepreneur, but starting a business was not always his goal. His undergraduate degree is in political science and, after graduating, he completed an internship with the Canadian mission at the European Union. He subsequently took a job in Sweden as he pursued his ambition to join the diplomatic service.

During this period, Mikhailov came to realize that public service was not for him and he returned to BC to make a switch to the private sector. He had paid for his schooling by tree planting for a forestry company and they now offered him a management position, which he held for the following two years.

Seeking to advance from this role, Mikhailov decided to strengthen his skillset with an MBA qualification, landing on the full-time program at SFU Beedie for its downtown location in the heart of Vancouver’s business district. During the year-long program, he dedicated himself to making the most of the opportunities on offer. He served as President of the Graduate Business Student Association and participated in several case competitions, including captaining the school’s team at the BC MBA Games.

Mikhailov credits the skills he learned in the program—particularly financial modelling, and writing and presenting a business case—with laying the foundations he needed to build the Nomad Nutrition business.

“When you’re starting a business, the first thing you do is write a business case and you use that to go and find funding,” he says. “That initial document, that strategy, is imperative to get people to listen to you.”

After business school, Mikhailov spent some time working in more strategic corporate roles—in corporate banking and in a software company—where he found success, but still felt something was missing. It was only when the inspiration hit and he tried entrepreneurship that he felt he had found his fit.

“My parents are immigrants, I’m an immigrant to Canada, and I grew up in a family of entrepreneurs,” he says. “That kind of high risk, high reward lifestyle is very conducive to me.”