We're in the process of moving this section to our new website. Check out the new SFU Beedie website →
Beedie School of Business > Ideas@Beedie > Remembering SFU supporter and friend A. John Ellis (1915-2020) 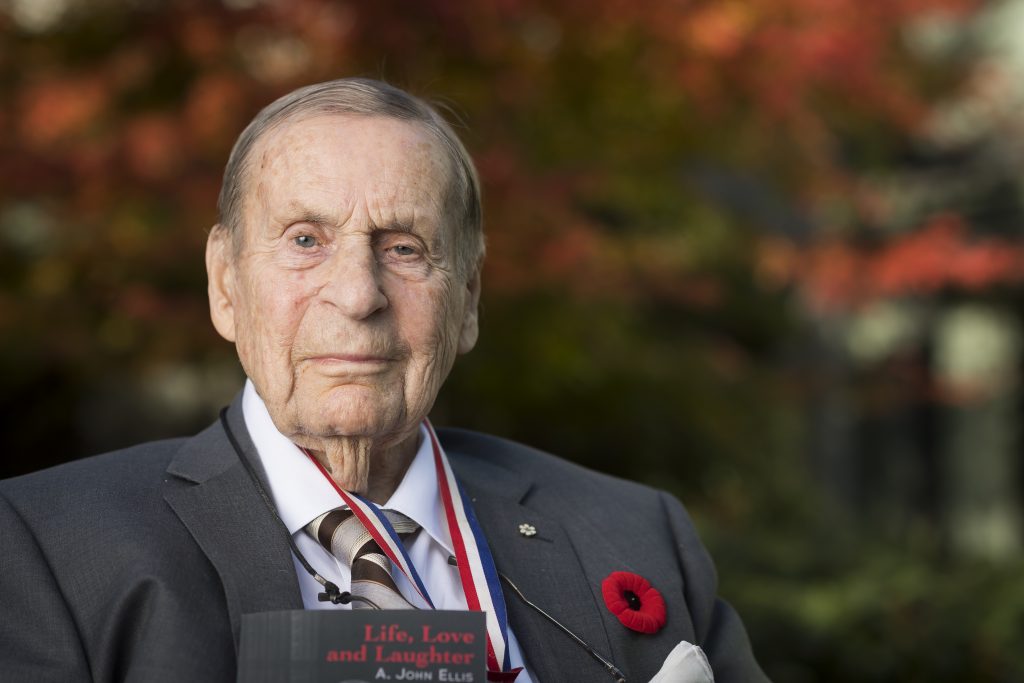 Dr. A John Ellis, pictured attending a scholarship luncheon in 2017

It is with great sadness that SFU shares news of the passing of Dr. A. John Ellis, OC, ORS, LLD, a generous supporter and friend of Simon Fraser University since its foundation, at 104 years of age.

John enjoyed a highly successful career in banking, rising to become a leading figure in Vancouver’s business community as vice-chairman and director of the Bank of Montreal. He worked for many years at the head office in Vancouver in the building that would later become the Segal Graduate School of Business.

In the late 1950s he took active roles in the Canada-Japan society, the Pacific Basin Economic Council and, later, the Asia-Pacific Foundation of Canada. For his commitment to developing Canadian and Japanese relations, he was honoured with the Order of the Rising Sun in 1989.

John contributed to SFU’s development from the university’s creation in 1965, when he was appointed to the first University Senate, and was a Convocation Founder. He continued to be an important advisor to SFU for many years, particularly around the university’s subsequent expansion into downtown Vancouver. For his contributions to SFU, he received an Honorary Doctorate in 1992.

“Few individuals have contributed as much to SFU as John Ellis,” says  Andrew Petter, SFU’s president. “From SFU’s opening in 1965 to the end of his life, John supported the university and its students with dedication, energy and generosity. He will be remembered as a founding father of the institution and deeply missed by his many colleagues, friends and admirers.” 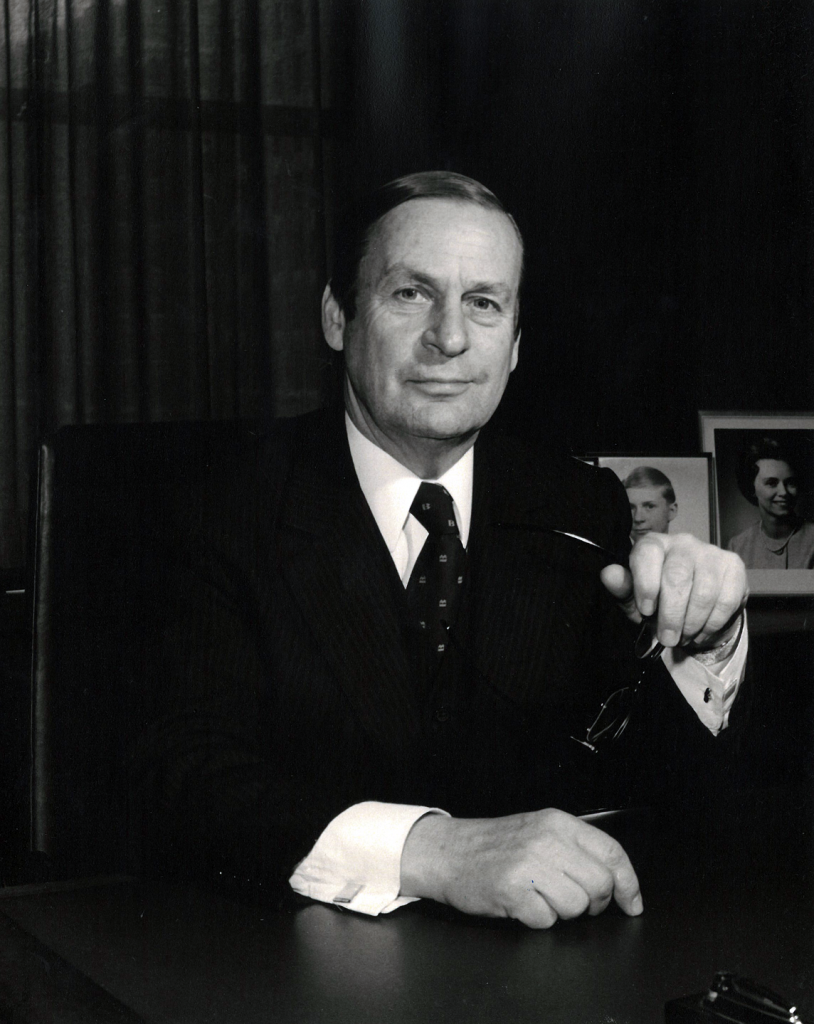 John was also a committed supporter of the Beedie School of Business, where he established an endowment to support the A. John Ellis Graduate Scholarships in Business Administration. The scholarships are designed to attract the best and brightest Masters or Doctoral students to the Segal Graduate School and have benefitted over one hundred students over the years. Most recently, John was the inspiration behind a generous gift from BMO Financial Group in support of Indigenous education at SFU Beedie.

“John was a great friend to the school and endowed scholarships that changed the lives of many of our students,” says Ali Dastmalchian, dean of the Beedie School of Business. “He was well-loved in the SFU Beedie community and we will remember him with deep affection and gratitude.”

Through his hard work and generosity, John made an enormous positive impact on his community and leaves a proud legacy. From all at SFU, we send our sincere condolences to his family and many friends.

A video capturing some of the highlights of Ellis’ life was created for the occasion of John’s 100th birthday in 2015, featuring interviews with Joe Segal, President of Kingswood Capital Corp., Jack Blaney, President Emeritus of SFU, Blaize Reich, Former Dean of the Beedie School of Business, Arthur Hara, former Chairman of the Asia-Pacific Foundation of Canada, and Dominik Desbois, one of the students to have received the A. John Ellis Graduate Scholarship in Business Administration.