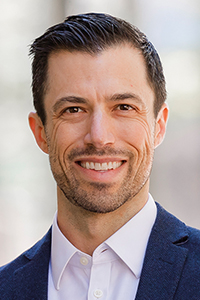 Eric Werker is the William Saywell Professor at the Beedie School of Business at Simon Fraser University. Eric researches how less developed countries can build more thriving and inclusive private sectors, particularly when they are rich in natural resources, and how international actors can play a positive role in creating successful societies. He has written on foreign aid, private sector development, natural resource governance, non-governmental organizations, inter-governmental organizations, refugees, and Ebola. Eric teaches about strategy, policy, and global economics to MBAs and executives and has authored numerous case studies on companies and countries around the world.

Eric's recent publication (joint with Faisal Ahmed and Dan Schwab) examines the political consequences of the last commodity supercycle, finding in a Journal of Comparative Economics article that petrodollars given away or recycled through the global financial system financed repression in recipient countries, but when the supercycle ended led to democratization or civil war. Other recent publications (most available for free downloads) on political economy and private sector development include a 2018 Oxford University Press book, Deals and Development (joint with Lant Pritchett and Kunal Sen, on the political economy of private sector development and economic growth), a 2018 article in World Development (joint with Dan Schwab, on how economic rents hinder growth in developing countries), and the December 2016 Harvard Business Review cover article (joint with Aldo Musacchio, on how companies can navigate frontier economies; see this concise guide here). Eric's recent publications on natural resource-led development and community benefit agreements include a 2021 article in Energy Policy (joint with Cameron Gunton and Sean Markey, looking at subsidies to the LNG sector in British Columbia), a 2021 article in Resources Policy (joint with Eric Adebayo, valuing community benefit agreements), a 2021 article in Resources Policy (joint with Sam Szoke-Burke, examining community benefit agreements as multistakeholder institutions), a 2020 article in the World Bank Research Observer (joint with Addisu Lashitew and Michael Ross, on what drives economic diversification), a 2020 article in Resouce and Energy Economics (joint with Addisu Lashitew, cutting through the resource curse literature), a 2019 article in Extractive Industries and Society (joint with Delgermaa Boldbaatar and Nadia Kunz, on how contract disclosure can improve resource governance), and a 2018 policy report (joint with Ben Boakye, Maggie Cascadden, Jordon Kuschminder, and Sam Szoke-Burke, on a community benefit agreement in Ghana). Eric also has recent papers in two areas of longstanding interest: international organizations, with 2019 article in Review of International Organizations (joint with Paul Novosad, measuring the contribution of different countries in staffing the United Nations), and Liberia, with 2019 article in Economic Development and Cultural Change (with John Spray, on the surprising impact of price controls).

Outside of academia, Eric is a nonresident fellow at the Center for Global Development in Washington, an advisor to the Liberia program of the International Growth Centre in London, and a nonresident senior research fellow at the United Nations University WIDER in Helsinki. He was a member of the Emerging Economy Task Force of the Province of British Columbia, chaired the the academic directorate of the Canadian International Resources and Development Institute, set up and directed the International Growth Centre’s Liberia program, served as economic advisor to the President of Liberia, supported host government teams negotiating concession agreements, was a member of the Centre for International Policy Studies study group on Canada’s sustainable development policy, consulted to the NGO Conservation International on low-carbon development and to the US Government’s Millennium Challenge Corporation on foreign aid projects, and worked with the Refugee Law Project in Uganda.

Eric grew up in Vancouver, earned his A.B. and Ph.D in economics at Harvard, and then spent nearly a decade on the faculty of Harvard Business School before returning home. In his spare time Eric can be found spending time with family, skiing, paddling, climbing, and biking. He lives in Kitsilano with his wife and two kids.