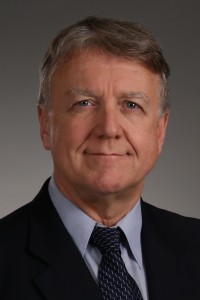 In 2016 Dr. Gervase Bushe, Professor of Leadership and Organization Development, was added to HR Magazine's list of the 30 most influential HR thinkers in the world and in 2017 was voted into the top 10. He studies organizational change, organizational learning, leadership and leadership development, teams and team building, change agents and change agentry. He has twice won the Douglas McGregor Award for his research. His 2009 book, Clear Leadership, has been translated into 7 languages.  His influential,  co-authoured book, Dialogic Organization Development: The Theory and Practice of Transformational Change (2015) was recently translated into Japanese (Eiji, 2018). His most recent book is The Dynamics of Generative Change (2020)With an extensive background in helping leaders create great organizations, Gervase consults to major corporations such as Business Objects, Telus, General Motors, the Vancouver Island and Fraser Health Authorities, Citizenship and Immigration Canada, and ACL Analytics. His leadership development programs are licensed for delivery around the world through Clear Learning Ltd.

A chapter describing the evolution and impact of Gervase's work was commissioned for the The Palgrave Handbook of Organizational Change Thinkers,

In addition to his academic pursuits Gervase, the father of two teenage children, enjoys playing guitar and spending time in the outdoors.