New research from Simon Fraser University, in collaboration with the Massachusetts Institute of Technology and the University of New South Wales and presented today at the annual meeting of the American Association for the Advancement of Science (AAAS) in Boston, highlights the economic ramifications of the confluence of the biotechnology and nanotechnology sectors.

Entitled “Global Bio-Nano Firms: Exploiting the Confluence of Technologies”, the study shows that the integration of knowledge from the biotech and nanotech spheres has been driven by so-called “De Novo” firms — technology start-ups typically borne of research labs and tightly integrated with universities. The radical innovation at the heart of this emerging space — described as the birth of a new sector — opens up opportunities for new companies at the intersection of these two fields.

The global bio-nano industry includes sub-sectors such as biopharma, drug delivery, diagnostics, bioinformatics and medical devices. Between 2005 and 2011, the number of bio-nano firms has nearly doubled, from 287 to 507. Over 100 new companies have emerged in North America alone during this timeframe.

“We have watched the ecosystem emerge in terms of the number and type of firms entering,” said Maine.  “This confluence of technology silos in the emerging bio-nano sector is enabling radical innovation, new products and connections that didn’t exist before. Some of the things we’re talking about are targeted drug delivery, tissue engineering, enhanced medical diagnostics, and enabling new therapeutics.”

Their data shows that bio-nano companies are now emerging not just in technology hotbeds like the Silicon Valley and the US Northeast, but also across the United States and Europe. The US still dominates this emerging sector, however, and the researchers attribute much of the growth in the United States to the US Nanotechnology Initiative, founded in 2000 to support the advancement of the field. 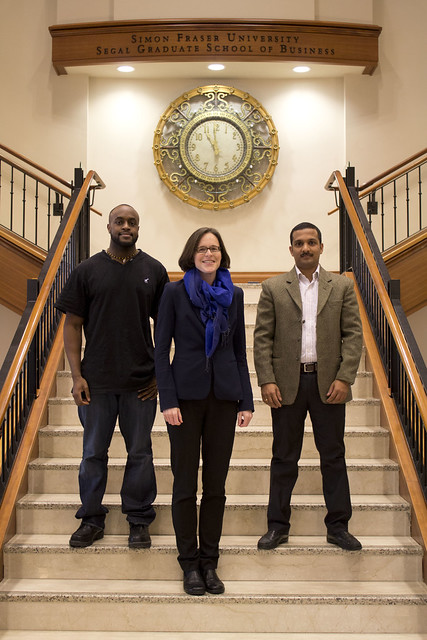 The SFU-MIT interdisciplinary collaboration was funded in part by a grant from the Social Sciences and Humanities Research Council of Canada.

The presentation is part of a larger, half-day panel at AAAS 2013 organized by Maine and Utterback entitled “Confluence of Streams of Knowledge: Biotechnology and Nanotechnology.”Other speakers include Robert S. Langer from the Massachusetts Institute of Technology, Nathan Lewis from the California Institute of Technology, Sarah Kaplan of the University of Toronto; and Han Cao, founder of BioNano Genomics.