We're in the process of moving this section to our new website. Check out the new SFU Beedie website →
Beedie School of Business > Ideas@Beedie > SFU Beedie Assistant Professor honoured for work in Indigenous business 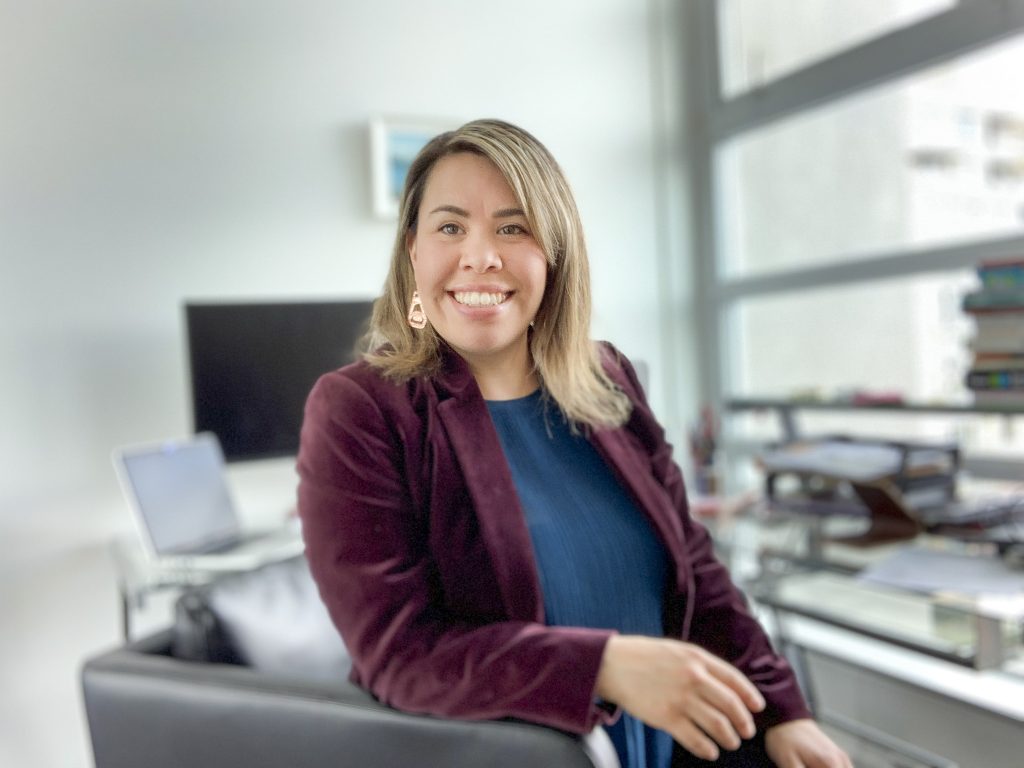 The Confederation of University Faculty Associations of British Columbia (CUFA BC) has named Beedie School of Business Assistant Professor Dr. Dara Kelly as the winner of its Early in Career Award for 2020, for her work focusing on Indigenous business theory. This award recognizes the contributions to the non-academic community made by faculty members who are at an early point in their careers.

Kelly is from the Leq’á:mel First Nation, part of the Stó:lō Coast Salish. Through her work, she aims to advance the study of Indigenous business by developing the field’s theoretical framework, which has historically received limited attention from academia.

“Other than entrepreneurship, we have almost no theoretical foundation within business and economics that is Indigenous focused,” says Kelly. “The oldest scholarship I’m talking about dates back to the 1990s, so that’s just three decades worth of very scarce scholarship.”

As she seeks to build out Indigenous business theory, Kelly is committed to using Indigenous research methodologies – largely qualitative research based on interviews with Indigenous Elders. However, this raises its own challenges around publication of her work.

“The ways that you measure validity and reliability within Indigenous knowledge systems is usually about collective verification,” she says. “So, for example, in an interview process the way Elders would know that knowledge is accurate is if other people can verify the same thing. But for research ethics, you have to conduct your interviews in private, so the process itself is actually contrary to Indigenous knowledge, how our Indigenous knowledge gets passed down.”

In addition to her research, Kelly is very active in sharing her knowledge with government, industry and the wider community. Announcing the award, CUFA BC noted that:

Dr. Kelly’s work has helped fill in gaps in the literature on the economic concepts and practices of the Coast Salish and other Indigenous nations. Her efforts to educate the public have placed her in front of government and policymakers, speaking on issues that arise from these minority states. She has presented in numerous conferences and public spaces in an effort to challenge conventional economical practices and inform positive change by drawing on knowledge of Indigenous economics.

For Kelly, the recognition represents a powerful validation of her work. “It means so much to me, largely because of the challenges that I’m facing with publication,” she says. “I care very deeply about the impact of my research and it’s really important for me to connect with my community, which I see as being people who can actually use that knowledge right away.”