We're in the process of moving this section to our new website. Check out the new SFU Beedie website →
Beedie School of Business > Ideas@Beedie > Olympian lands ‘dream job’ with help of Management of Technology MBA 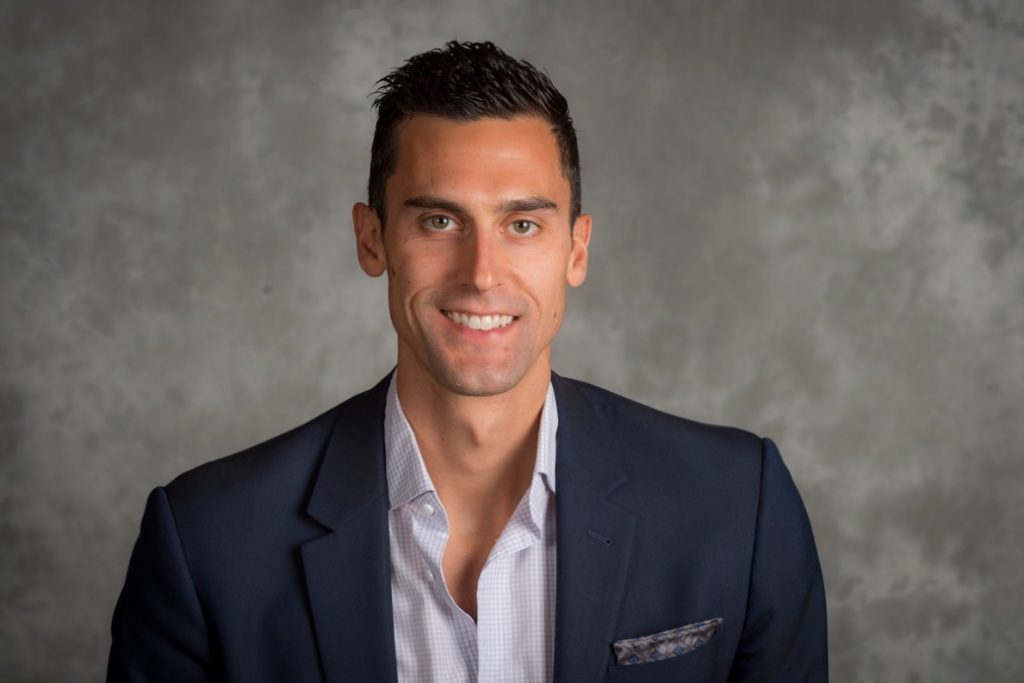 As a former Olympic swimmer, Scott Dickens is accustomed to moving fast. Even so, he was surprised by how quickly the Management of Technology (MOT) MBA program at SFU’s Beedie School of Business helped him switch lanes into a new career.

Dickens entered the two-year, part-time MOT MBA program at SFU Beedie’s Segal Graduate School in downtown Vancouver in 2018. He managed his studies alongside his role as a business development manager at RBC. He was hoping to pivot into a tech career that would align more closely with his passion for swimming. Within a year, he achieved just that.

“We were just finishing the second term of our MBA and I transitioned to a sports tech company that specializes in aquatics,” says Dickens. “It’s essentially a dream job.”

He now works as director of strategic partnerships at FORM, a growing tech start-up that is developing smart swimming goggles featuring an integrated heads-up display that permits athletes to see their performance data in real time, in the water. Dickens attributes his success in securing the position to SFU Beedie’s career support and the connections he made through the school.

“I knew right away I wanted to take advantage of the resources that SFU provided along with the MBA, especially the career counselling services,” he says. “So, we talked about different resources that were available to me to get into more networking opportunities, and I took advantage of those.”

Dickens learned the value of networking early in his career. After retiring from swimming in 2012 after competing at two Olympic Games, Dickens initially found the transition to a corporate career challenging.

“I job-searched for probably four or five months and that was painful as can be,” he recalls. “I was going out there with essentially a blank resumé. I had great work ethic and skill-sets, but no job experience.”

Since securing his dream role, Dickens continues to reap the value of his part-time studies in his workplace.

“What I loved most about the job transition is that I got to do it with four semesters left to my MBA—and it’s a start-up, so everything I was being taught was being applied in the moment,” he says. “I could see what I was learning in everyday life.”

And as a parent starting a new and demanding job while also studying part-time, Dickens acknowledges there were times when he felt the pressure.

“You’re stretched to your limits in terms of finding the time you need to complete the work, but also meet your work deadlines,” he says. But he also feels the experience showed him new capabilities he never knew he had and prepared him for future challenges.

“When you think you don’t have anything left, you kind of find a new level,” he says. “The program teaches you how to work in a stressful environment but keep your poise and be able to deliver.”