We're in the process of moving this section to our new website. Check out the new SFU Beedie website →
Beedie School of Business > Ideas@Beedie > Remembering SFU Beedie alumnus and tech pioneer Ken Spencer 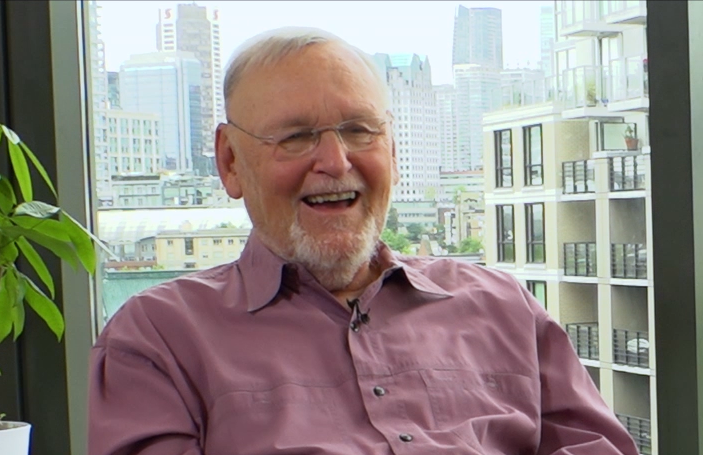 It is with great sadness that we share the passing of Kenneth “Ken” Albert Spencer on April 23, 2021. Ken, a pioneering technology entrepreneur and highly successful businessman, co-founded Creo Products in 1983 and acted as CEO until 1995. He remained active on the board until the company’s acquisition by Kodak for over $1 billion in 2005, and served on the boards of numerous other BC tech companies.

He was also a significant supporter and friend of SFU’s Beedie School of Business. An alumnus of SFU Beedie’s Executive MBA program (‘81)—where he met his wife Judy—Ken remained closely connected with the business school throughout his life. He served on the Dean’s External Advisory Board, and in 2012 made a substantial donation to create Technology Entrepreneurship@SFU (tech e@SFU) program, an innovative, interdisciplinary partnership between SFU’s Faculty of Applied Sciences and SFU Beedie.

“Ken clearly understood the need to mix a business education with knowledge of science, math and engineering,” says Danny Shapiro, who was the SFU Beedie Dean at the time of the gift. “He pushed us to deliver multidisciplinary programs and provided the resources to do so. He certainly influenced my thinking about business education, and he never tired of trying to push us to do better.”

In 1999, Ken was honoured by the university with an Outstanding Alumni Award for Professional Achievement, and in 2000 he was presented with an honorary doctorate degree.

“We are deeply saddened to learn of Ken’s passing, and mourn one of our community’s most respected and influential members,” says Carolyn Egri, SFU Beedie’s Dean pro tem. “As an alumnus, a donor, a partner, and a friend, Ken has made a significant and lasting contribution to the business school and he will be remembered fondly here for many years to come.”

Ken’s passionate support of interdisciplinary collaboration and entrepreneurship programming continues to be a guiding principle for SFU Beedie, which is now home to a comprehensive entrepreneurship ecosystem developing entrepreneurial mindset in students of all ages, from K-12 students, to undergraduates and experienced, highly qualified graduate students.

“Ken was always a strong supporter of the Vancouver tech community and through the EMBA became a strong supporter of SFU,” says Ernie Love, Professor Emeritus and Past Dean of SFU Beedie. “His professional background in both engineering and management came through when he established the annual Ken Spencer Entrepreneurship Competition. He insisted that competing teams should include students from both engineering and the business school, believing that both sets of skills were needed to generate great proposals. And he was right.”