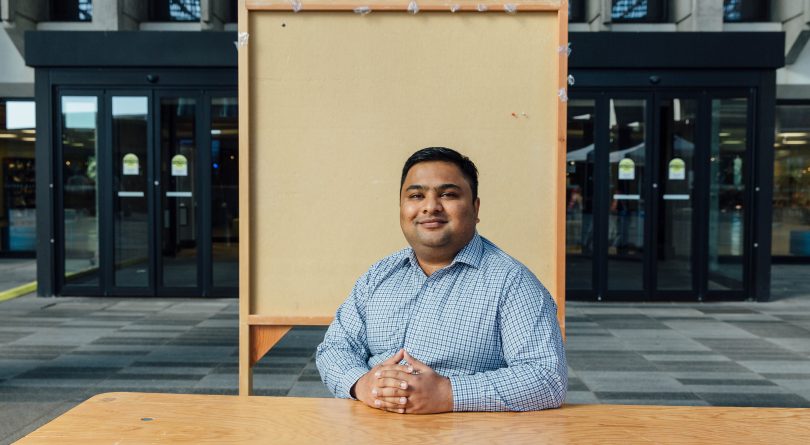 Ali Najaf (BBA ’18) has been named among the inaugural list of Young Influencers by Canadian HR Reporter magazine. Najaf, who is a Human Resources Specialist with construction and engineering firm Kiewit, was recognized for his outstanding involvement in the HR community, including volunteering and mentoring, writing opinion articles in the press, and his commitment to supporting diversity in HR. The award was given based on demonstrated career progression and development in HR, and experience executing progressive HR initiatives.

While studying at SFU Beedie, Najaf was very active in the student community. He served as a student senator, was a community advisor for SFU Residence for three years, and volunteered as a team leader in the international mentorship program. He also completed three co-op terms, and competed in a number of case competitions—an area where he remains engaged with the school as a volunteer judge and coach for current undergraduates. His dedication was recognized with a Beedie Business Award for International Students in 2017 and an SFU International Award for Intercultural Engagement in 2016.

After graduating from SFU Beedie, Najaf secured an HR role with ICBC, before moving to Kiewit in September 2019. In both roles he has remained active in initiatives to support cultural awareness and diversity, as well as mentoring students through SFU Beedie’s Mentors in Business program. He has also shared his perspectives in articles for the CPHR’s PeopleTalk Magazine, writing on issues including diversity and inclusion, and engaging a more gender diverse workforce.

A rising star in the HR world, Najaf is committed to continuing his career growth while making a positive impact. “My goal is to be an HR director one day,” he says. “I’d like to lead a people experience team and promote EDI initiatives in my workplace.”