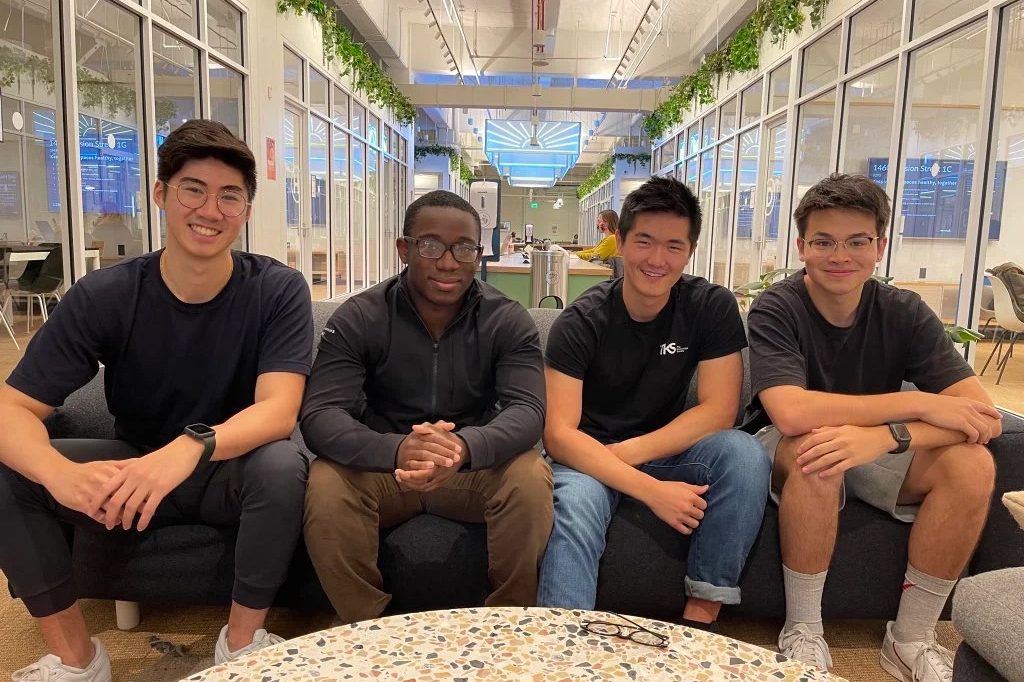 Decentralized autonomous organizations, otherwise known as DAOs, are a type of blockchain-based organization without leadership or management that allows for decision-making purely by shareholder voting—think of it like a digital co-operative. But just how does a company that decentralizes a majority of their operations handle payroll, accounting and other basic back office tasks?

“We target these decentralized organizations that, regardless of being blockchain-based, still need the processes that are required to run their back office to understand where their resources are being allocated,” says Cunningham. “These are administrative processes that come with operating a traditional business, such as payroll, bookkeeping and accounting. DAOs often processed their invoices and expenses on Google Sheets—they didn’t have traditional software to facilitate their workflows. That’s where Utopia Labs comes in.”

Cunningham co-founded Utopia Labs only nine months ago after meeting his three co-founders through Discord and Twitter, where they bonded over a collective interest in DAOs. Together, they saw the need for infrastructure in the DAO space and started building a solution in the form of software tools for DAOs—starting with a payments system. They secured $1.5 million in seed funding almost immediately and started distributing their product in October 2021. Since then, Utopia Labs has grown from four co-founders to a team of 13 as they continue to expand and hire more engineers.

“The key thing I’ve learned is how important it is to formulate the right team,” says Cunningham. “We have such an amazing team, and the co-founders’ relationship is such an important one. We’re an egoless team, and we push each other to learn and do whatever it takes to move the business forward. The team is absolutely everything.”

Cunningham built his first business, Community Coders, as part of the eCoop program through the SFU Charles Chang Institute for Entrepreneurship, which offered him a $10,000 grant and mentorship through the associated Coast Capital Venture Connection incubator while working full-time on his start-up. His second venture, also supported by Venture Connection, was Thrift.so, an online marketplace that served thrift stores during the pandemic. With this second venture, Cunningham was a finalist in SFU’s 2021 Coast Capital Venture Prize competition.

When faced with challenges around balancing continued schooling with the early stages of building Utopia Labs, Cunningham returned to the Chang Institute for help. With Utopia Labs based in the U.S. and having already raised seed funding, the venture was not eligible for support from the incubator program. Instead, the Chang Institute supported Cunningham as an individual founder through an additional eCoop (without financial award), coaching and mentorship tailored to his evolving role.

“The best experiences for me have been eCoop and Venture Connection,” says Cunningham. “SFU Beedie gave me an opportunity to do the eCoop program, which allowed me to work on my own company through a co-op. There aren’t many opportunities like that. It taught me so much and allowed me to commit to putting in the hours. The Venture Connection team was so helpful, and I get tons of feedback and mentorship there still.”

Having fallen in love with entrepreneurship after attending a hackathon he discovered through SFU Beedie in his first year, Cunningham loved the idea of entrepreneurship as a process where you go from zero to one—coming up with an idea and then being able to see it to fruition.

“My first crack at starting a company with Community Coders was one of the best experiences that I could ever have asked for,” says Cunningham. “What it ultimately taught me was this idea of focusing on customers and getting familiar with rejection.”

For other young entrepreneurs looking to launch a venture, Cunningham offers three pieces of advice: get started, get used to rejection, and don’t be afraid to take risks.

“As a university student, the time to take risks is now,” says Cunningham. “There’s really no better time to bet on yourself, and there’s no better time to recognize that this is truly a great stage in our lives where we can experiment and try new things. If I didn’t have the culmination of experiences through SFU Beedie and the entrepreneurship programs through the Chang Institute and Coast Capital Venture Connection, I wouldn’t be in this position today where I have the opportunity to pursue my own potential.”