We're in the process of moving this section to our new website. Check out the new SFU Beedie website →
Beedie School of Business > Ideas@Beedie > SFU Beedie grad gets running start at top consulting firm McKinsey & Co. 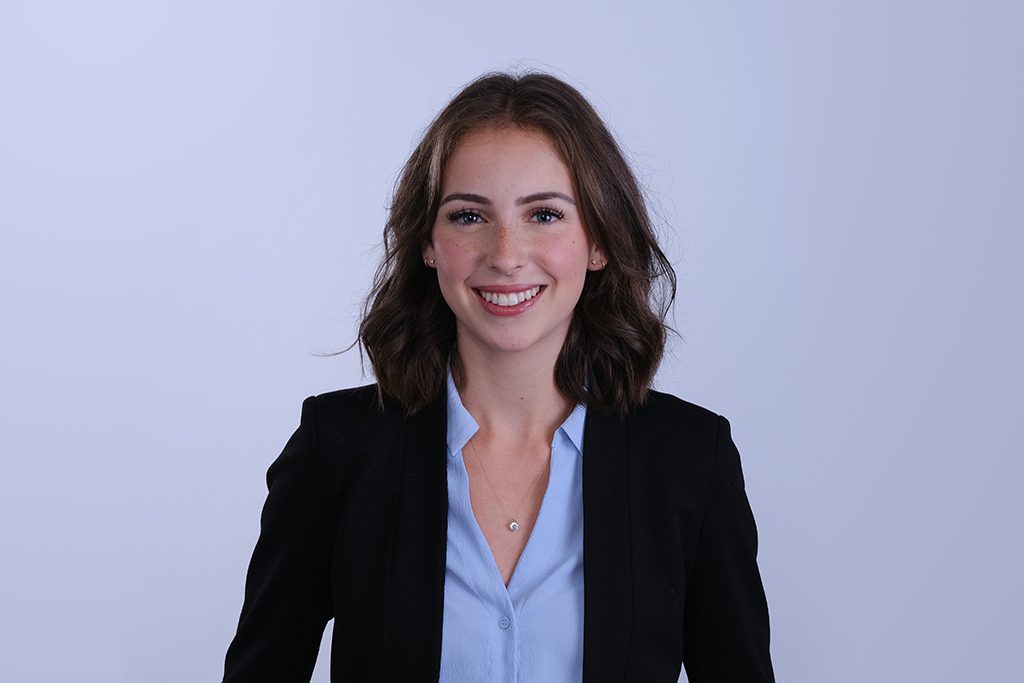 Uninterested in arts or sciences, Molly MacLeay decided to explore business in high school. She quickly developed a fascination with the subject that started her on the path to obtaining her BBA and getting hired as a business analyst at McKinsey & Company, the oldest and largest of the world’s three most prestigious management consulting firms.

Specializing in management information systems (MIS) and operations management, MacLeay loved learning about the technical side of business operations, crediting her courses with teaching her to analyze and make meaningful changes to how businesses operate—even in the nascent stages of her career.

MacLeay credits SFU Beedie for preparing her to face the challenges of her career. “SFU Beedie’s BBA program absolutely gave me the tools I needed to get a running start in consulting,” she says. “I started my job already speaking the language of business, already with an idea of how to dissect complex business problems, and already experienced in presenting recommendations to clients. I feel fortunate that I was set up for success with the education I received.”

It wasn’t always smooth sailing for MacLeay. Although she had always had the drive to succeed, she received some harsh criticism that left her wondering if she really had the aptitude.

She was vying for a spot in an international case competition focusing on business strategy. After MacLeay had made her presentation to the case committee, a member of the committee invited her for a chat. MacLeay was thrilled—she thought maybe she had impressed the committee member or would be getting an offer on the team. Instead, the committee member gave her some harsh feedback that left her questioning her ability.

MacLeay was devastated. While she had once been so eager to leave her comfort zone in order to achieve her goals, this feedback took the wind out of her sails as she seriously questioned her own ability.

But MacLeay was determined that she would not let this criticism define her. With the support of her friends, she began the long process of rebuilding her confidence by fully involving herself with student life and extracurriculars, taking part in CaseIT, Launch, SFU Beedie’s Mentorship Program (BMP), the Management Consulting Career Preparation (MCCP) program, and JDC West—the most prestigious case competition in Western Canada.

JDC West 2019 holds a particularly special place in MacLeay’s heart. After two grueling days of intense debate, her team had made it to the final round against UVic. It was tough and they were exhausted. As they waited for the results, they had convinced themselves that they’d lost and were mentally prepared for a second-place finish. To her team’s surprise, it was announced that their team had won first place and that SFU had won “school of the year.”

MacLeay was elated. The win was extra special after the months she spent questioning her own abilities. Her redemption arc was taking shape and would go on to be graced by multiple first place finishes at JDC West over the next two years before she finished her BBA.

Now employed in her dream job as a business analyst at McKinsey & Co., MacLeay works with a wide variety of clients, from banking start-ups in Latin America to tech firms in Silicon Valley. She’s impressed with the amount of trust her clients place in her and the conversations in which she’s participated that she never would have dreamed of this early in her career.

“Embrace feedback when it’s actionable and specific to work you’ve done,” says MacLeay. “Do not accept a generalization about yourself that you know you are capable of disproving. Go out and prove them wrong!”