We're in the process of moving this section to our new website. Check out the new SFU Beedie website →
Beedie School of Business > Ideas@Beedie > Lawyer and MBA grad shapes his practice through business learning and giving back to the community 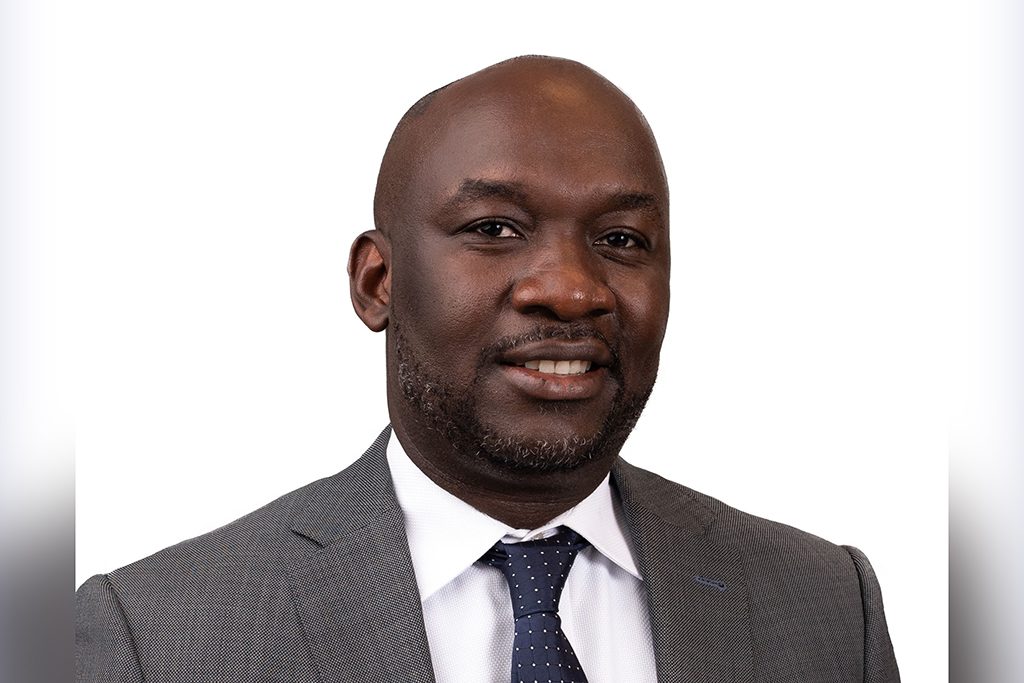 For Raphael Tachie, partner and head of the Vancouver Private Client Services Group at global law firm Gowling WLG, how he got to where he is today was a combination of hard work and happy accidents along the way. He went on to complete his MBA at SFU’s Beedie School of Business.

“I tell everybody, if I had to pick between a law degree and an MBA, I would’ve picked the MBA,” says Tachie, who continues to stay in touch with his MBA cohorts today.

Early on, Tachie saw the importance of role models and representation—which is why he continues to serve as a long-time volunteer with the Canadian Association of Black Lawyers (CABL). Originally a political science and criminology major at Simon Fraser University, Tachie later went on to complete an MBA at SFU’s Beedie School of Business and dedicates much of his time to volunteering with CABL as their current national president. Tachie also served on the Simon Fraser University Alumni Board for six years.

Tachie points out that being a Black partner at a big downtown law firm in Vancouver is rare. He recalls being a young student trying to figure out if a big corporate firm was meant for him.  “Role models matter,” says Tachie. “That’s one of the reasons why volunteering with CABL is so important to me. Growing up, I realized the importance of role models. If you see one, you can be one. That’s why I’m doing this work today—to highlight Vancouver to the population of Black professionals as a place to live and work.”

Tachie’s interest in pursuing business studies began when, during the course of his work, he started to look for new ways that he could add value to his practice and differentiate himself with a unique skillset.

Early in his career, he recognized that estate and tax planning meetings with high-net-worth clients often involved an entire team of different professionals—accountants, financial planners, insurance advisors, insurance professionals, sometimes a family CFO or other family office professional—together supporting the client. The professionals would work together with clients to implement estate, tax and business succession plans. For some families, they would also implement planned charitable giving, family governance and family law arrangements. Often it would be left to the lawyers to draft the documents implementing the plan for the other professionals to review.

Tachie had come to appreciate that as an estates and trusts lawyer, he was part of a larger wealth management industry. “As much as I enjoy doing my part, I wanted to learn more about how all the pieces fit together and gain a better understanding of the roles different professionals play in the wealth management industry that services high-net-worth clients,” says Tachie. “I had a conversation with a partner who had been incredibly generous in mentoring me and every year she would ask me, ‘What is your practice going to look like?’ SFU Beedie’s MBA program became an avenue for me to learn about the wealth management, how it all fits together and my role in it.”

Tachie had discussions with the heads of private banking and wealth management firms to find his footing and gain a clearer understanding of what the marketplace looks like and where he could bring added value.

“I didn’t think being a lawyer alone was good enough,” says Tachie. “So, I signed up for the MBA. I learned a lot, including such things as how to negotiate my own salary. Early in the program, I came to the realization that I was always underpaid. As an African, a Black man, I felt lucky to be in the space I was in and never considered whether the compensation I received was appropriate and based on my skill set and how much work I was putting in. The MBA taught me about valuing myself and my skill set appropriately.

Tachie felt strongly about differentiating himself and finding his niche. After all his research, he determined that the senior demographic was an area of growing need based on the aging population of Canada. He realized that not many estate lawyers knew a lot about insurance. Tachie decided to make himself a specialist in this space. His practice—his future practice—was taking shape.

“The MBA gave me an opportunity not only to learn from other people, but to sit down and say, what does my career look like?” says Tachie. “It’s fantastic.”