We're in the process of moving this section to our new website. Check out the new SFU Beedie website →
Beedie School of Business > Ideas@Beedie > Q&A: Exploring regulation & governance of foreign direct investments with Anastasia Ufimtseva 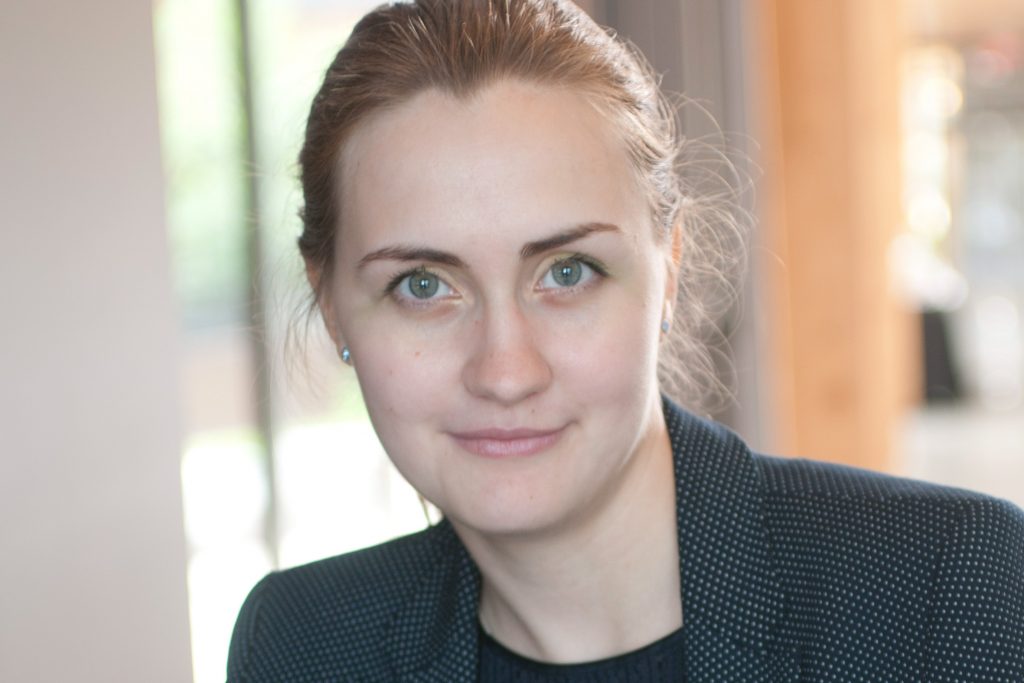 The fellowship will support Ufimtseva’s post-doctoral research at the centre. Under the tutelage of Jack Austin Centre co-directors Jing Li and Daniel Shapiro, Ufimtseva will explore how regulations adopted by host states help govern FDIs made by state-owned enterprises (SOEs) around the world, with a particular focus on Chinese SOEs. Ufimtseva will also examine China’s state-led innovation model and compare it with innovation policies in other countries.

Ufimtseva recently sat down with Ideas@Beedie to discuss her work.

What motivated you to research regulation of Chinese FDI?

In a span of a decade, Chinese SOEs entered the ranks of the largest and most profitable global corporations. Chinese enterprises invested in multiple industries around the world as part of the “Go Global” internationalization strategy. As FDI by Chinese SOEs expanded globally, investment-recipient countries became more cautious about this investment and have developed new regulations to screen investment made by these SOEs. Seeing these dynamics, I became very interested in exploring how host countries respond to Chinese investors and how that affects regulatory innovation in these countries.

What are some the current issues surrounding Chinese FDI?

One of the most interesting current issues surrounding Chinese FDI is the rise in regulatory measures in investment-recipient targeting SOEs’ investment. FDI made by Chinese SOEs is being confronted by rising protectionism in investment-recipient countries. Chinese enterprises going abroad have found it increasingly difficult to complete their intended investments, especially in industries linked to the national security of host societies.

Another issue surrounding Chinese FDI is linked to the changing geopolitical environment. For example, the ‘trade war’ that is occurring between the United States and China and the increasing political tensions will have a substantial impact on Chinese FDI flows.

Additionally, the reception of the ‘Belt and Road Initiative’ by the host countries has also become a prominent issue analyzed by policymakers and scholars alike. For those unfamiliar with this initiative, it was launched by the Chinese Government to promote political ties, regional connections, trade, investment and exchange of ideas across six land-based corridors and the Maritime Silk Road.

All of these issues are worth monitoring as they may impact global investment flows and state-business relations in the upcoming years.

Why did you choose to complete your post-doctoral fellowship at SFU’s Jack Austin Centre for Asia Pacific Business Studies?

I chose to pursue my post-doctoral fellowship at SFU’s Jack Austin Centre for Asia Pacific Business Studies to collaborate with Li and Shapiro, who are the leading experts on FDI, corporate strategies, and Chinese SOEs. We will pursue collaborative interdisciplinary research that brings together research in political science with international business to advance scholarship on FDI by Chinese SOEs by pursuing novel research directions. Additionally, the location of the centre is amazing since Vancouver is well known as a hub for research related to the Asia-Pacific region.

What do you hope to accomplish as a post-doctoral fellow at SFU’s Jack Austin Centre for Asia Pacific Business Studies?

As a post-doctoral fellow at the Centre, I plan to carry out and publish policy-relevant research focused on host states’ regulation of FDI made by SOEs. This research will have an impact on the broader discipline and will benefit the Canadian government and businesses. Ultimately, I hope to develop lasting interdisciplinary collaborations and partnerships that will support novel research directions.