We're in the process of moving this section to our new website. Check out the new SFU Beedie website →
Beedie School of Business > Ideas@Beedie > SFU Beedie hosts Indigenous leadership courses 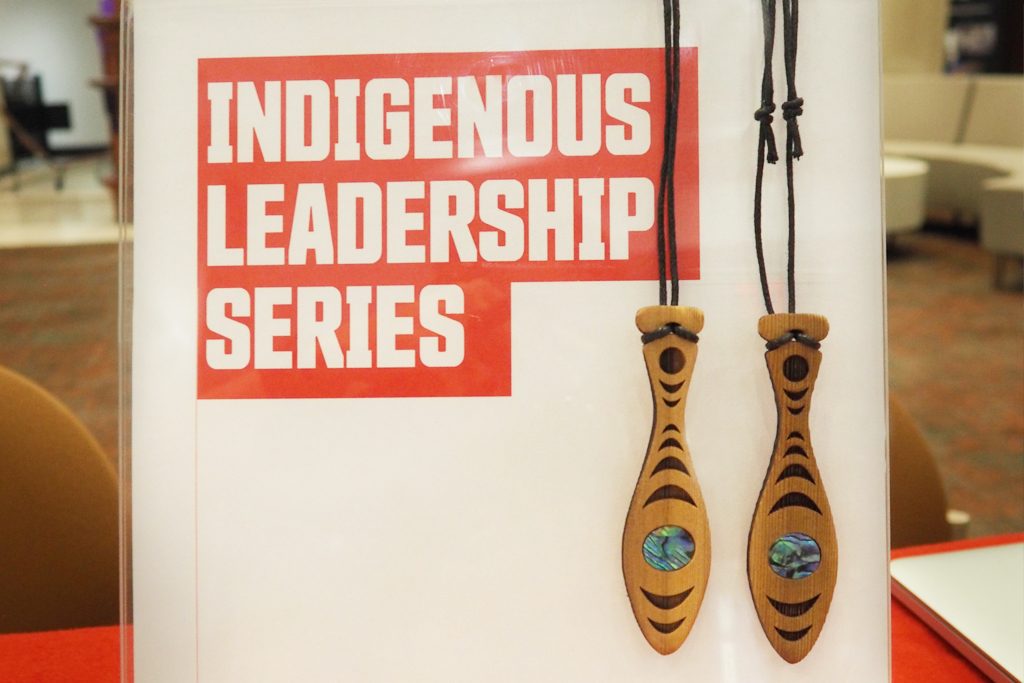 Leading figures in Indigenous business and politics gathered at the Segal Graduate School in October and November, 2019, for the Indigenous Leadership Series, hosted by Simon Fraser University’s Beedie School of Business.

The series comprised two credit courses delivered in partnership with the University of Arizona, and two SFU executive courses. The credit courses were offered from October 18-20, covering Building Native Nations and Making Change Happen, and were taught by Stephen Cornell and Miriam Jorgensen, co-founders of the Native Nations Institute at the University of Arizona.

Two SFU non-credit courses were offered from November 22-25. The first was on Indigenous Business Development and was taught by Michelle Corfield, who holds a Doctorate in Organizational Leadership Management, Masters of Conflict Analysis and Management, and B.A. in First Nations Studies. She is a member of the Ucluelet First Nation. The second course, on Good Governance: Moving Beyond the Indian Act, was taught by Kory Wilson, Executive Director of Indigenous Initiatives and Partnerships at BCIT and the National Indigenous Education Chair for CICan, and a citizen of the Kwakwaka’wakw Nation. 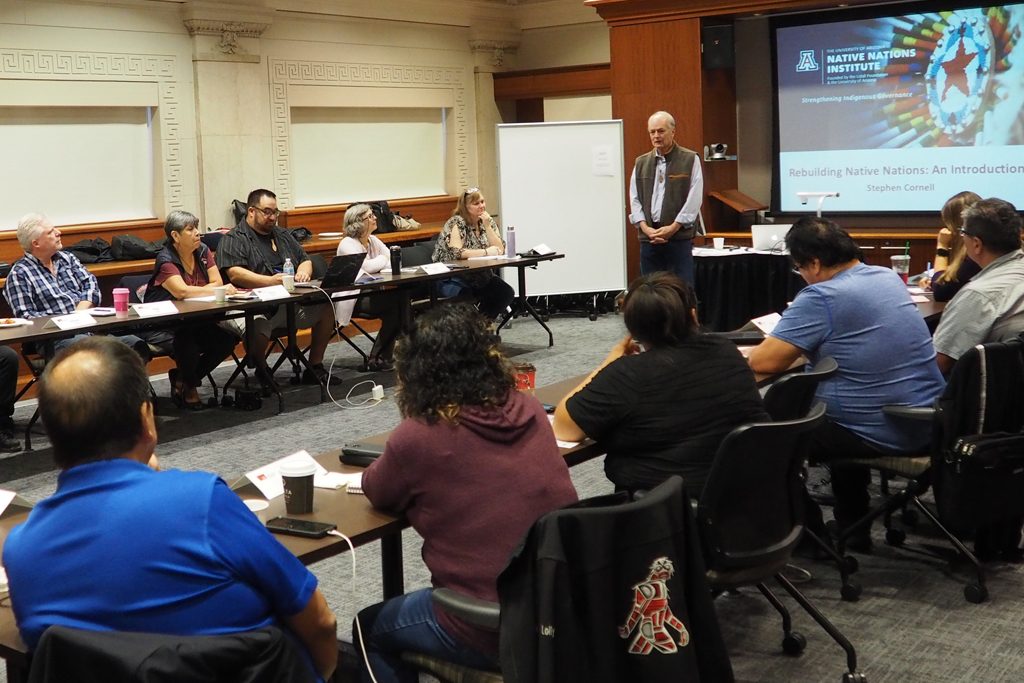 Students in class at the Indigenous Leadership Series

The Indigenous Leadership Series attracted attendees from across British Columbia and beyond. Many participants were elected officials or administrative staff from B.C. First Nations, including Jason Campbell, Texw La Lexw/Ti’h’na’sa’np, who is Executive Director of the Seabird Island Band, of which he is a citizen and past elected Council representative.

Campbell is a current candidate in SFU Beedie’s EMBA in Indigenous Business Leadership (EMBA IBL) and has taken courses with the Native Nations Institute. He believes Indigenous leadership and governance training offers vital insights for elected leaders in First Nations; for him, the opportunity to learn from the example of successful Indigenous communities around the world is invaluable.

That’s why he arranged for the Seabird Island Band’s Chief and Council and a number of senior administrators to attend the Leadership Series. It was important to Campbell that as many people as possible attended the courses, to help align their citizens around a shared vision for the community.

“Having both the elected people, the directors of the administration and some of the staff all hear the same language will really help moving forward with the changes I’m hoping to make within the administration, because they’ll all know fundamentally why those decisions are being made,” he says.

“It teaches self-sufficiency. It’s about empowering the community to know they can take a hold of it, and how they can do it in a very structured way.”

The Indigenous Leadership Series was planned by the team behind SFU Beedie’s EMBA IBL program, the only graduate program of its kind in North America. To date, 72 graduates have completed the program with a further 20 due to graduate in June 2020. The program is currently accepting applications for Fall 2020. For more information or to apply please visit the program website.

The Indigenous Leadership Series was made possible by the generous support of CN, a leader in progressive Indigenous relations.