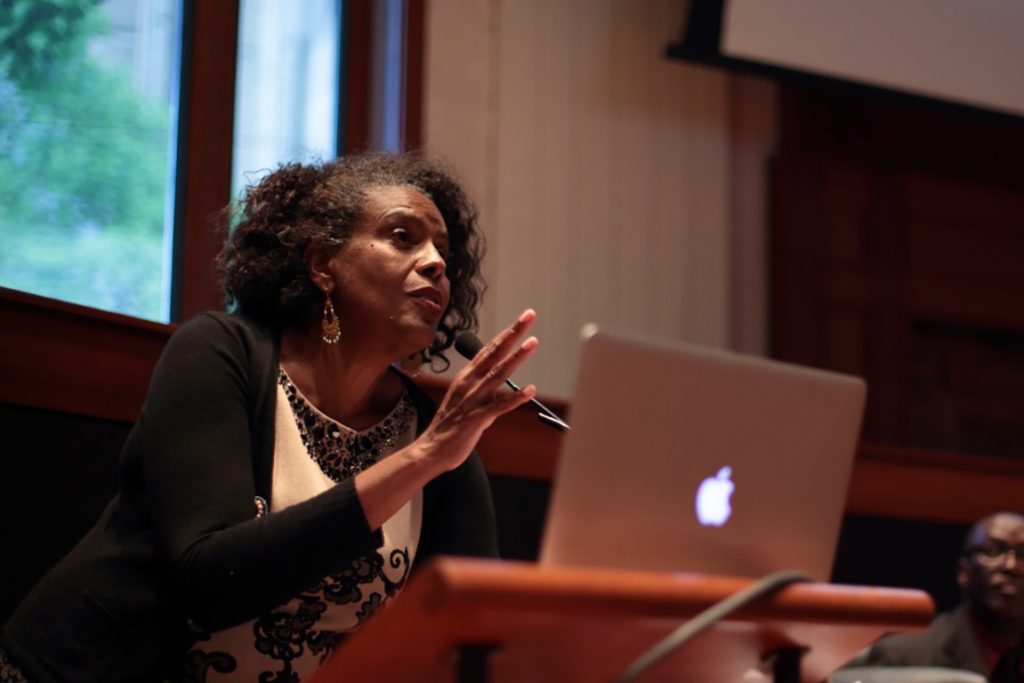 B.C. has introduced new legislation to begin collecting racial data on its population with the goal of dismantling systemic racism and discrimination faced by Indigenous, Black and racialized British Columbians. SFU Beedie professor June Francis spoke to this new landmark legislation on May 2 at the B.C. Legislature in Victoria, B.C.

The Anti-Racism Data Act is the first anti-racism data legislation in B.C. and was co-developed with Indigenous and racialized communities to help identify which populations are being underserved by government programs such as healthcare, the corrections system, education and social assistance.

Noting that unequal access to services and harmful treatment by government agencies have long been obscured by a lack of data, Francis considers this new legislation an important first step.

“These inequities are hidden. When you say [racism] exists, people would say, ‘How do you know? Where is [the data]?’” says Francis. “It is an important beginning in addressing institutional and structural barriers and biases in our polices, programs and services.”

Francis, whose research and academic writing has largely focused on race and racism, diversity, interculturality, leadership, and vulnerable groups, has frequently championed marginalized communities as a leading voice on systemic racism. In addition to being a faculty member at SFU Beedie, she is also chair of the Hogan’s Alley Society, which aims to build a cultural and housing hub in Vancouver for Black people in the region.

Francis also serves as director of SFU’s Institute for Diaspora Research and Engagement, which aims to strengthen the links between scholarly research, police and practice relating to multi-cultural and diasporic communities.

From June 1 to December 31, 2021, Francis served as SFU’s Special Advisor to the President on Anti-Racism, where she offered guidance on matters of anti-racism and institutional change at SFU with a focus on anti-Black racism as well as equity, diversity and inclusion.

“[The Anti-Racism Data Act] represents a historic moment of possibilities for transformative change for all British Columbians,” says Francis. “This courageous act is built on the advocacy and insights of Indigenous, Black and people of colour who shared their knowledge with the goal of redressing long-standing racial inequities and inequalities.”

Learn more about June Francis and her work and research.