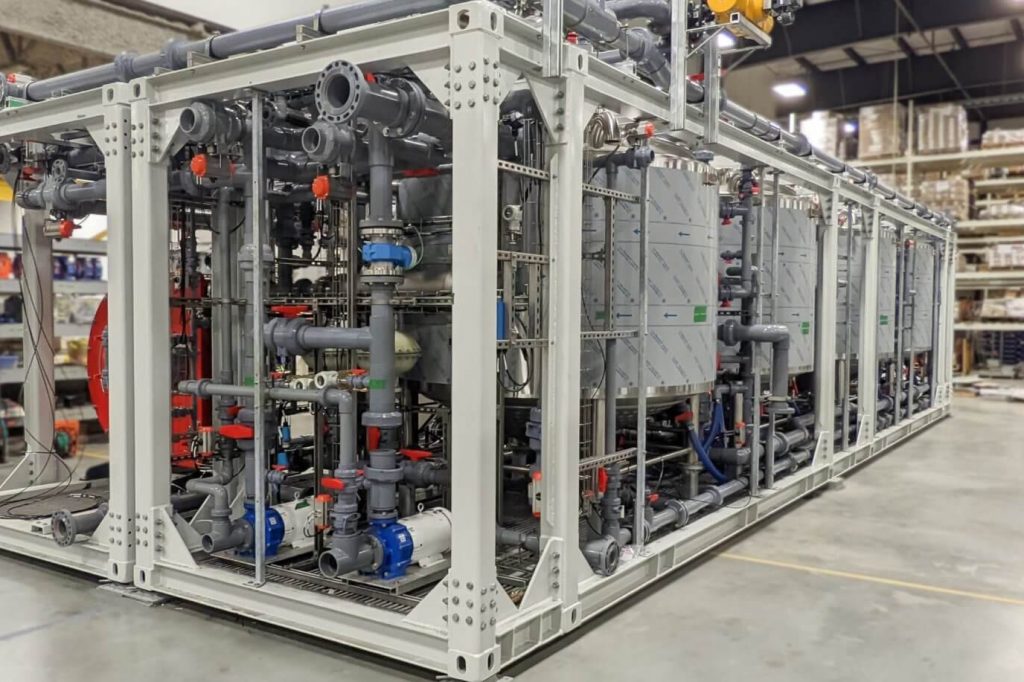 The planet’s dwindling freshwater supply is a major global 21st century problem—and it’s little surprise, considering it takes 2,700 litres of water just to make one T-shirt. That’s enough water for one person to drink for almost three years. And that’s not considering the environmental impact of processing the wastewater resulting from these industrial productions. In 2015, $9 billion dollars were spent trucking polluted water to holes and pumping it down, a process both costly and high in greenhouse gas emissions.

SDTC is an independent federal foundation that funds Canadian companies developing clean technology solutions for some of the world’s most pressing challenges: climate change, clean air, clean water and clean soil. As the largest funder of Canadian sustainable small and medium sized companies, SDTC has invested over $1.38 billion in 460 companies since its inception. Saltworks is one of 10 SDTC companies named in its inaugural list of Canada’s Sustainability Changemakers, which recognizes homegrown innovation in sustainable technologies.

Ben Sparrow and Joshua Zoshi, graduates of SFU Beedie’s Management of Technology (MOT) MBA program, co-founded Saltworks after meeting in the 2005 cohort. Sparrow, a former BC Hydro project manager with a passion for thermodynamics, built their first desalination machine in his East Vancouver apartment—for which he was subsequently evicted.

He teamed up with Zoshi, an electrical engineer by training, and the two entered the New Ventures BC competition in 2008. They won, allowing them to close their first round of seed funding in the amount of $100,000. The company has since seen significant revenue growth as they’ve expanded and diversified into a broad range of global markets, including semiconductors, automotive, mining and manufacturing.

Sparrow gave a talk at the 15th anniversary event for the MOT MBA and noted the distinct need for these wastewater treatment technologies in Canada. “The same [wastewaters] exist in Canada. We have garbage dumps, we have oil and gas, we just choose to do less about it.” He has been open about the desire for Saltworks to continue to expand as a solid industrial enterprise in Canada.

Today, Saltworks is headquartered at a 200,000 sq. ft. facility in Richmond, B.C. and counts numerous Fortune 500 companies among its customers, including British Petroleum, ExxonMobil, Suncor Energy, NASA, and more.

In 2017, Zoshi talked about his MOT MBA experience in an interview with SFU Innovates. “There’s a lot of finance and textbook kind of stuff [in the MBA],” he said. “But the innovation class with Dr. Elicia Maine was very different. It didn’t follow a structured program the way I was expecting. […] The aha moment came when I realized that what I’m learning and what I’m getting out of this MBA program—I can do anything with it.”