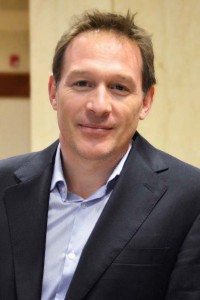 Don has spent the last 15 years working with start-ups spanning many industries and continents, either as the entrepreneur (founder) or working alongside the entrepreneur bringing a vision into existence.

Don recently returned to Vancouver from Geneva, Switzerland, where as part of John McCall MacBain’s Renewable Energy portfolio, he spent over five years as president of a biomass start-up, commuting from Geneva to Liberia, West Africa. During that time, they developed Buchanan Renewables Fuel from an idea into a significant producer of biomass that serviced customers in Scandinavia and the rest of Europe. Under Don’s leadership, the company had to not only solve core business problems but also redevelop major sectors of the Liberian economy in order to create workable conditions.

Prior to his business career, Don served in both the Canadian and British Armies where he trained and led soldiers and officers in complicated and hostile environments. He is intimately familiar with leadership challenges and how to motivate groups to perform in extremely tough conditions and constraints.